Back to Main Jellyfish Page

*Did you know a group of jellyfish is called a ‘bloom’, ‘swarm’ or ‘smack’.

*Jellies are more than 95 percent water. They don’t have bones, brains, blood, teeth or fins.

*Jelly tentacles are beaded with thousands of stinging cells that stun prey by injecting a dose of toxins.

*A jelly can grow or shrink according to the available food supply. If the cupboard is bare, jellies can “de-grow,” shrinking in size so they need less food. They can re-grow again when food is more plentiful.

*The Chinese have fished jellyfish for 1,700 years. They are considered a delicacy and are used in Chinese medicine.

*Most jellyfish are short lived. Medusa or adult jellyfish typically live for a few months, depending on the species, although some species can live for 2-3 years in captivity. Polyps can live and reproduce asexually for several years, or even decades.

*One jellyfish species is almost immortal. Turritopsis nutricula, a small hydrozoan, can revert back to the polyp stage after reaching adult medusa stage through a process called transdifferentiation. This is the only animal known to do so. 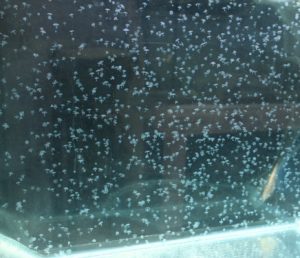