Fish of the Month Archive

Freshwater Fish Species of the Month 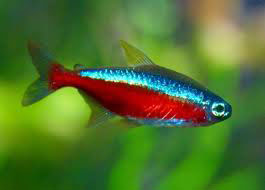 Cardinal Tetra Species Profile
The cardinal tetra is probably the world’s favorite tropical fish in terms of numbers kept. Many hobbyists have at some point in time, kept cardinal tetras. The cardinal tetra looks like a larger and more brilliantly colored version of the Neon Tetra. Keeping cardinal tetras in the home aquarium is very easy as long as two conditions are met.

First, do not keep them with larger fish (such large cichlids) that quite naturally look upon the cardinal as food. And second, the cardinal needs soft, acid water. Water may be adjusted by using reverse osmosis or de-ionized water, or putting a peat pillow into the filter (this will change the color of your aquarium water to slightly yellow). Once the pH starts getting above 6.8 and/or the hardness above 12 DH, the cardinal doesn’t do well.

When given the water conditions it likes and kept in a tank without any predators, the cardinal will do spectacularly well. It will eat absolutely any food: flake, frozen, freeze-dried or live. It does not bother its tank mates. Like all schooling fish, the cardinal is best kept in groups of at least six or eight, and more if possible. They will occupy all levels of the tank. The cardinal tetra does best in larger size tanks, 55 gallon aquariums or larger and looks most attractive when kept in subdued light, in a tank with dark substrate.

Millions of cardinals are caught wild and exported from Brazil every year. Dr. Labbish Chao started a program called Project Piaba (piaba is the native name for little fish that swim with cardinals) to help educate collectors/exporters and improve the conditions under which the fish from Brazil are caught, conditioned and shipped to the world. Even though millions of cardinal tetras are caught every year, the fishery is managed very well. The fish are not allowed to be caught during the breeding season or shortly thereafter, and the Amazon/Rio Negro area is so vast that fishermen do not go back to the same site for years, thus allowing the cardinals to replenish.

The family Characidae, genus Paracheriodon:
The genus Paracheirodon is distributed throughout Central and south America. Most Paracheriodons live in shoals, sometimes with other small fish. They are usually found in still or sluggish waters such as swamps connected to rivers or jungle streams. Their main source of food is land insects which fall onto the surface of the water. This diet is supplemented with vegetable matter, zooplankton, the larvae of all kinds of small aquatic organisms, crustaceans and worms.

The external sexual characteristics are usually difficult to identify. Both males and females have virtually the same color patterns and the fins are not always distinctive. In some species the males have a slimmer body than the females, or they are smaller, but these differences are only apparent in mature fish. Sex can be surgically established with reasonable certainty from the shape of the swim bladder and its position inside the body cavity.

Saltwater Fish of the Month:

Strong on defense with intelligence to match, this species is the largest of the rocky shore puffers and ranges throughout the tropical Pacific. The Golden Puffer is an excellent aquarium choice as they have great personalities, are easy to feed, attractively colored, hardy and long-lived, however they are an expensive saltwater species. As far as intelligence, puffers are smart fish and quickly learn who you are and know that you are the one who feeds them. They are the “aqua-dog” in the aquarium and soon become a real “pet”. 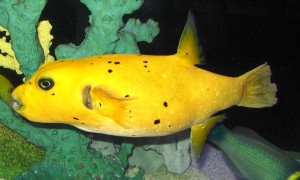 The Golden Puffer should have an aquarium environment that reflects a reef
habitat. They need rock to take cover in and sandy substrate to search and blow through as they look for food. Live rock habitats or synthetic corals are appropriate. This puffer species will grow up to 19 inches, therefore they require an aquarium with a volume of 150 gallons or more. Glass tanks are recommended since the puffer’s teeth may scratch acrylic surfaces. Excellent filtration, good circulation and protein skimming are necessary with these fish.

Puffers should be placed in a fish-only system. In the wild, puffers are opportunistic omnivores; they eat most anything and feed on all types of invertebrates. In the aquarium environment the Golden Puffer does well with a diet of shrimp, krill, squid, clams, silversides and algae. Resist overfeeding Puffy; we recommend feeding every other day. Suitable tankmates for the Golden Puffer include certain triggerfish species, moray eels, groupers, and large surgeonfish to name a few. They are generally compatible with most other large saltwater fishes. Avoid housing puffers with fast-swimming or harassing tankmates.

Remember, puffers have a defensive habit of producing a toxic slime (tetrodotoxin) when stressed which may prove fatal to the offending fishes. In this species, the potent poison tetrodotoxin is especially concentrated in their liver, gonads, and skin and protects the puffer from predation. The Golden Puffer’s body is also covered with soft short spines which are erected when it inflates.

Cautions:
Puffer species are susceptible to Cryptocaryon and Amyloodinium, but do respond well to copper treatments.

Be careful if feeding your puffer by hand, they have teeth that command respect and they are known to bite. 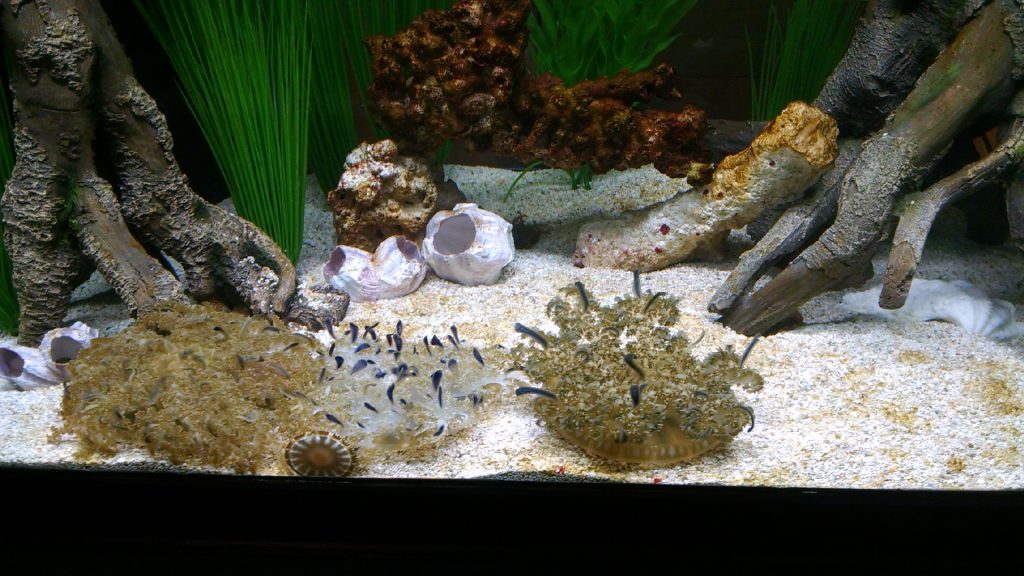 Down is up for this jelly—it rests its bell on the seafloor and waves its lacy underparts up toward the sun. Why? This jelly is a farmer. Its brownish color is caused by symbiotic algae living inside the jelly’s tissues. By lying upside-down, the jelly exposes its algae to the sun, allowing it to photosynthesize. The jelly lives off food the algae produce, as well as zooplankton.

An upside-down jelly doesn’t have a central mouth—instead, the edges of its eight oral arms are fused and folded into elaborate frills containing hundreds of tiny mouth openings. The mouth openings are connected by channels to its stomach. By pulsing its bell, it forces zooplankton such as artemia nauplii into the nematocysts on its mouth openings.

This jelly is rarely found alone—it flips upside-down alongside others of its kind. Turned upside-down, with stubby oral arms pointed toward the sun, the jelly looks like a flower. It can grow to the size of a pie plate. 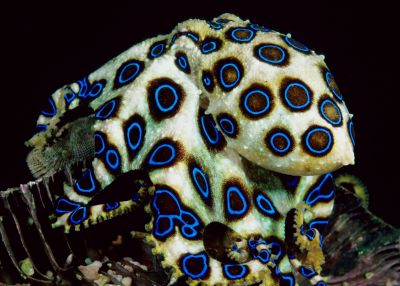 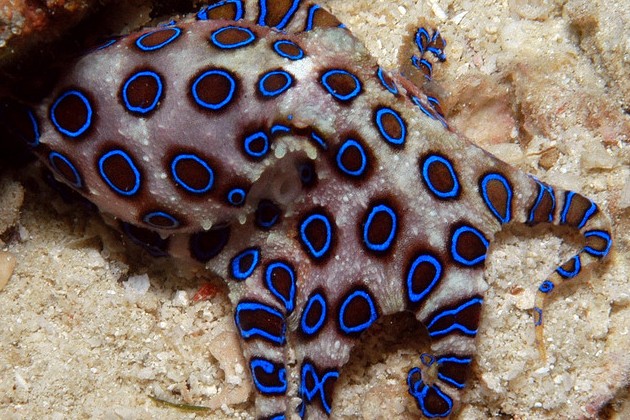 The blue ringed octopus is recognized as one of the most venomous coastal animals. They can be identified by their characteristic blue and black rings, and yellowish skin. This octopus is very small, 5 to 8 inches, but despite their small size, they carry enough venom to kill 26 adult humans within minutes.

Their bites are tiny and often painless, with many victims not realizing they have been envenomated until respiratory depression and paralysis start to set in. It causes motor paralysis, respiratory absence, lack of oxygen and cardiac disturbances.  No blue-ringed octopus anti-venom is available yet, making it one of the deadliest reef inhabitants in the ocean.

The blue ringed octopus is found in the pacific, primarily among the shallows of Australia and Japan. It feeds on crab and shrimp.

Did you know- An international and non-profit organization called Marine Aquarium Council or MAC was created to make the aquarium fish trade more responsible and sustainable through education and to limit harmful fishing practices. By avoiding stock depletion, adding more governmental regulation of reefs, managing reefs better, learning how to take care of fish and food once it is caught and creating a reliable data record, the MAC hopes to avoid a ban on the aquarium industry with a loss of income to the locals and a boom in illegal fishing. Among those involved in the project are researchers, conservationists and industry operators, all who would like to find a sustainable way to meet industry demands through education in the form of international standards and certification plans. MAC hopes that consumers, collectors and retailers will begin to realize how important it is to them and others to sustain their most valuable natural resource—the coral reef. At Aquatic Creations Group we strive to use only MAC certified wholesalers to obtain fish and corals for our clients.Learn more at:  http://marineaquariumcouncil.org/
Popular Aquarium Sizes:

Here are the common standard tank sizes (Length x Depth x Height) in inches. These dimensions may differ slightly depending on the manufacturer of the aquarium.

Fish to Color: Just click the image, download, print and you will have a fun page to color! 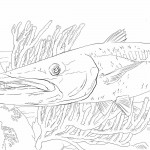 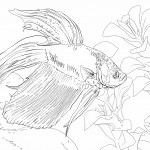 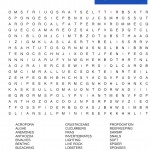 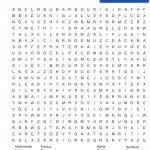